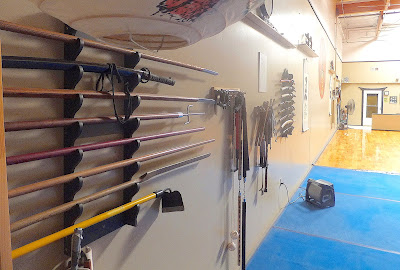 What if government took away all of your weapons? This is a very likely scenario - take a look at Australia - once a free country and now subjected to an extremely corrupt government - but the Aussies already gave away their guns. How will you defend against criminals like these?
Okinawans went to horse sheds, fishing boats, merchant stores to get weapons - yes, tools like forks, knives, sticks, paddles, fishing hooks, hoes, rakes; and then they practiced often and with energy to develop extraordinary skills to defeat heavily armed samurai and others. Will this happen to us? So, bury your guns and start practicing with frying pans, shovels, rocks, etc. Of course, it would not be possible for society to defend against their own government using tools of traded, but what would will you do if you have an home invasion?

Our traditional Seiyo no Shorin-Ryu Karate Kobudo Kai hombu recently closed (March 1, 2022) because of government interference, and now we train at two locations in Gilbert and Mesa, Arizona. If you are serious about learning, we would love to have you as a member. We teach karate including many kata (forms), bunkai (self-defense applications), kihon (basic exercises), jujutsu and other arts all designed to keep a person fit and prepared for self-defense. Kobudo classes teach students to use Okinawan weapons and some modern tools. These weapons were originally farming, fishing and merchant implements. At the Hombu, students learn to use nunchaku, sai, kama, tonfa, sansetsukon (3-sectional staff), nitanbo, tanto (Okinawan knife), tekko (knuckle dusters), bo, hanbo, etc. Samurai (Pechin) weapons are also taught including the samurai sword, spear, naginata, kubotan, weighted chain (manrikigusari), tanto (Japanese knife), karambit (Phillipino knife), rope, hojojutsu, iaido, sojutsu, etc. These are extensions of karate and are part of nearly every Okinawan karate system.

Our classes are for adults and we include families for parents who love to train with their son or daughter.  Our students range in age from 14 to 74. You will be glad you did, and we will be happy to see you. We now (2022) have limited classes in Gilbert and Mesa, Arizona as well as schools around the country.

Derived from the far East, some of the more prominent traditional martial arts came from China, Japan and Okinawa. These have been around for centuries and are tried and tested in combat; thus there is a strong lineage for these arts. I'm speaking of Kung Fu (gungfu), Okinawa Karate, Tode and Kobudo and Japanese Jujutsu and other samurai arts. Then, there are the recent combat systems - such as MMA, no lineage and it is even questionable if MMA can be classified as a martial art based on definition of martial arts. So, in this blog and others, we focus on traditional martial arts - the arts that have distinct lineage and philosophy - and if you are interested in training in martial arts, there is a good blog that focuses on Arizona, but all of the information should apply to most anywhere in North America.

For classes in traditional Okinawa/Japanese martial arts in the Phoenix Valley, we hope you will pick our martial arts school on the border of Chandler and Gilbert with Mesa. Our instructors love to teach and share their knowledge of martial arts. So stop in for some martial arts and martial art. 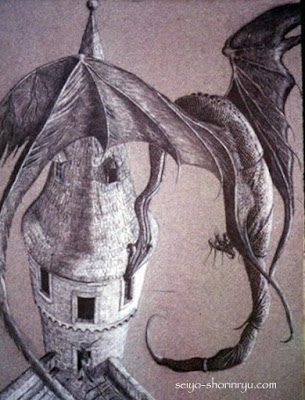 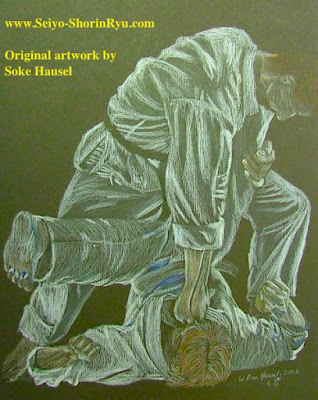 Posted by Soke Hausel at 6:11 PM No comments:

Seiyo No Shorin-Ryu Karate Kobudo Kai - where traditions begin and live on. 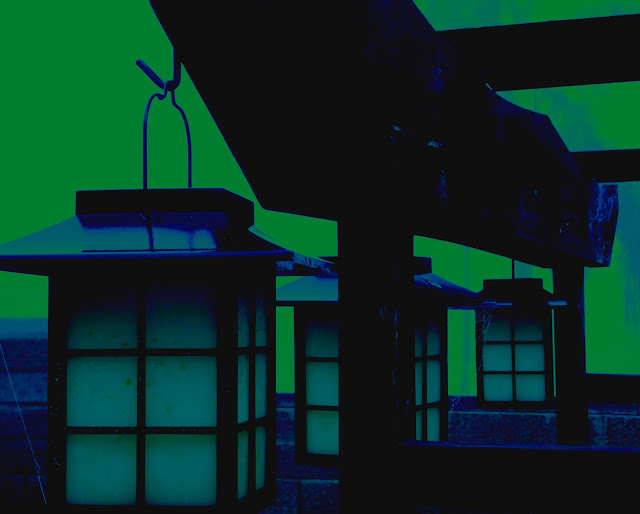 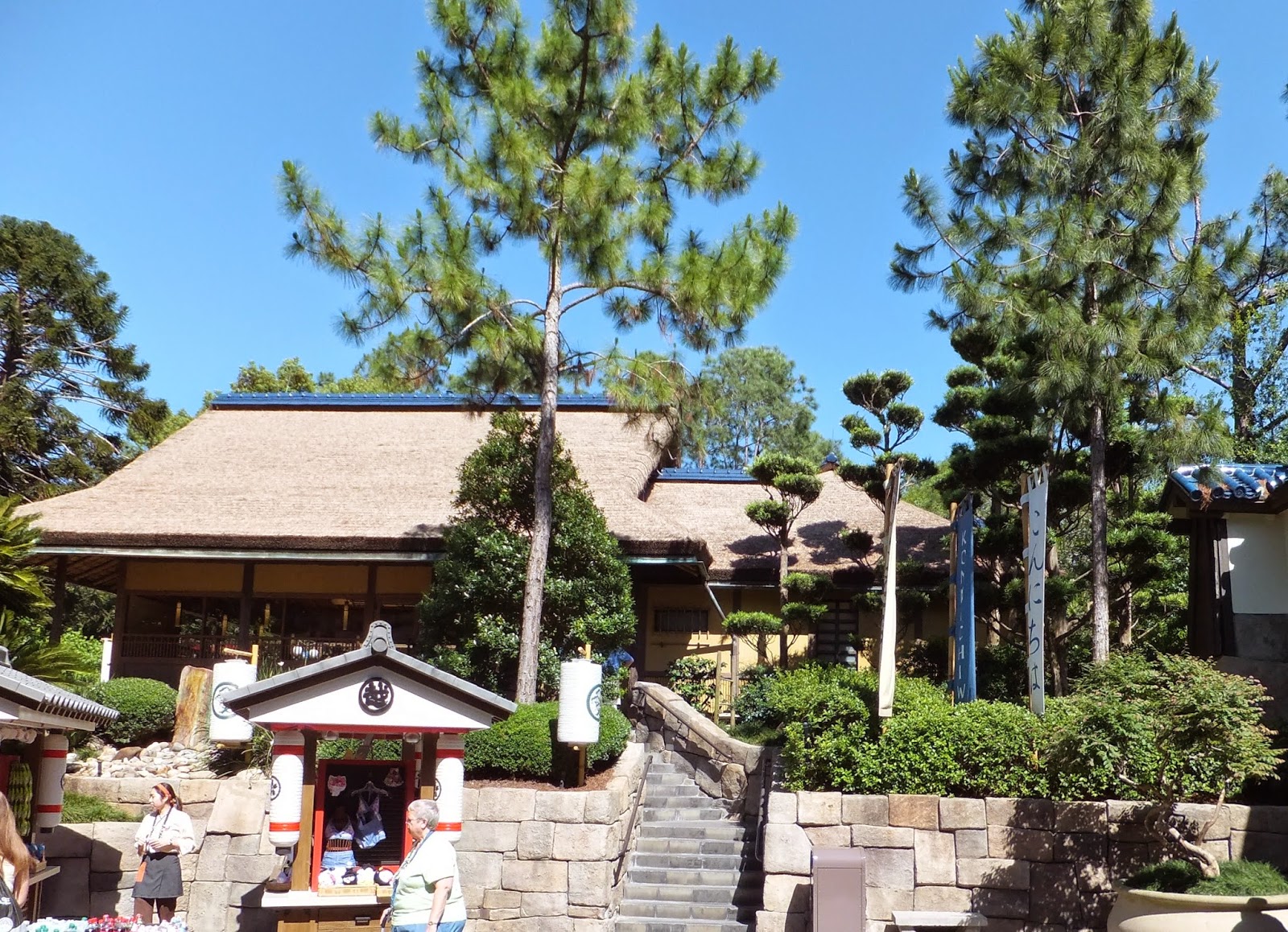 Posted by Soke Hausel at 3:09 PM No comments:


When we stare at the Hidari Gomon, the Iconic Symbol of Okinawa for awhile, it may appear like there are two parts to this symbol. The white portion appears gives an impression of a bladed weapon, such as a shuriken, or star dart. Possibly, this has importance, but it is the dark, back ground color that is of significance.

As we focus on the back ground  in the Hidari Gomon we see what appears to be three interactive tears known as tomoe. The tomoe (or swirls) known as mitsu tomoe (mitsudomoe) represent a separate part of the symbol. This is compared to life’s cycle with three integral parts that represent mankind, earth & sky which is at the heart of Shinto religion. The Hidari Gomon is also thought to represent valor, wisdom and benevolence.


The tomoe are thought to have originated from magatama, or curved beads, which appeared in Japan during ancient times (~300-14,000 BC). Only two tomoe are used to produce the In/Yo or Chinese Yin/Yang symbol that represent opposites – an important concept in martial arts and karate. When we punch, one hand moves forward while the opposite withdrawals at an equal velocity.

Magatama were used in necklaces and offerings to the gods. They were carved from jasper, jade, agate or serpentinite and is thought by some researchers that these early necklaces were later replaced by the prayer beads used by Buddhist monks (~700-800 AD). The magatama are also found in early Korean archaeological sites and is found in many Korean symbols and icons. Originally, the Hidari Gomon was associated with the Shinto war deity known as Hachiman (god of warriors) and adopted by samurai as their traditional symbol. It also was adopted as the traditional symbol of Okinawa.

It is interesting to note that the Hidari Gomon shows up in the Gankyil, a symbol and ritual tool in Korean Buddhism. It appears in Bon, Himalayan Shamanisum and Tibetan Buddhism and represents primordial energy and the indivisibility of Buddhist teachings, philosophy and doctrine. The flag of the volcanic island Jeju Province of South Korea also incorporates the symbol.

The symbol appeared on the Okinawan (Ryukyu) flag from 1869 to 1875 (left). This flag was replaced by another flag from 1875-1879 in which the three tomoe had different colors (below). The three tomoe for this flag were said to represent the interplay of beauty, humanity and tenderness surrounded by white that represented purity.

The Okinawan Flag of today is different from the flag of the former Island Kingdom. Okinawa was absorbed by Japan; thus it now flies the Japanese flag. But the island kingdom also has its own Prefecture flag. The Okinawan Prefecture flag is distinguished by three circles.  The white ‘O’ inside a large red disc on the white field represents the perfecture’s initial letter. The inner small red disc stands for progress of Okinawa and the outer red circle represents the sea surrounding Okinawa. Conversely, the large red circle may represent the land of the rising sun (Japan) enclosing the Okinawa prefecture.

Another possibility for the Hidari Gomon is that the symbol represented the three 14th century principalities of Okinawa known as Hokuzan, Chuzan, and Nanzan. Personally, I like to think that it represents the three styles of karate created in Okinawa known as Shurite, Nahate and Tomarite.

There are several legends about the origin of the Hidari Gomon. At this past August’s Gassuku in East Canyon, Utah, the Utah Shorin-Kai provided members with a handout that included a some of these legends. One legend is interesting and will be summarized here.

Most who practice Okinawan martial arts know that the Satsuma samurai of Japan invaded Okinawa in the early 17th century. At the time, some Okinawans were charged with the protection of the royal family of Okinawa. In one legend, it is said that the hidari gomon represents three tears. The tears being a symbol of “death before dishonor”. In this legend, it is said that one body guard was the last defender of the Okinawan King during the invasion by Japanese samurai during the 17th century. As samurai attacked the castle of the Okinawan king, his last remaining body guard fought to protect his king. Two samurai backed the body guard against a stair case. Being the last person between them and the king, he made one last effort and grabbed the two samurai at the top of the stairs, took them over the railing and dove into a boiling vat of oil below. Thus the three tomoe are thought to possibly represent the heads of the three men swirling in the boiling oil. The King and his family were spared by the remaining samurai and were moved to Japan. This story is apparently well-known in Okinawa and the three tears symbolize a sign of his loyalty and courage.

Our icon for Seiyo No Shorin-Ryu Karate Kobudo Kai also reflects this symbol as we recognize our heritage in Okinawa Karate. At the Arizona School of Traditional Karate we train in the Okinawan arts and also learn about the history and philosophy of karate. Our international organization, Seiyo Kai International promotes the study of traditional Okinawan Karate to all of our members.
Join us at our traditional Okinawan Dojo in Mesa, Arizona. We look forward to meeting you and making a new friend.


Members train in Shorin-Ryu Karate, Kobudo, Self-Defense, Jujutsu & Samurai Arts. You will learn about the history and traditions of Okinawa and Karate and learn a little Japanese. Our dojo also serves as the Hombu (world headquarters) for Seiyo No Shorin-Ryu Karate Kobudo Kai  taught by Soke Hausel. At the Arizona School of Traditional Karate in Mesa, you do not have to defend your pocket-book. We are traditional and our objective is to help you find your path.

Posted by Soke Hausel at 3:26 PM No comments:

Okinawa's iconic symbol known as the  Hidari Gomon , is used to symbolize Okinawan karate. It appears in our  dojo in Mesa, Ariz...

The Symbol of Okinawa

In the early history of Okinawan karate, three styles developed around three villages in Okinawa that were known as 'Te'. These were 'Shuri Te', 'Naha Te', and 'Tomari Te'.

Shuri-Te became one of the more prominent forms of karate in the world and today is known as Shorin-Ryu. Shorin-Ryu is recognized by its icon, which is also considered the Icon for Okinawa.